Many people ask me where I focus on a portrait photograph. Is it the face, nose, eyes, lips, or something else? I’ve seen folks capture portrait photos without focusing on anything specific. In the following post, I’ll go through where to focus and how to create crisp photographs that look beautiful by concentrating on achieving sharp eyes.

Focus on getting Sharp Eyes

The answer to the question of where I focus in portrait photography is straightforward; it’s the same as where you see when you speak face to face with someone standing in front of you. When we speak to someone, we see their eyes.

Let me show you how to get a portrait with sharp eyes now that you know where to concentrate. Portraits are typically photographed with a larger aperture of f1.4, f2.8, and a longer focal length to get a shallow depth of field, which renders the backdrop out of focus. With this, you must be mindful of the focus or plane.

Where to focus on portraits?

The focal plane is the plane in which the topic looks extremely sharp as compared to the plane in front of or behind it. This is the primary cause for the blurred backdrop, and as many people have questioned me, this is not something I do in post-processing. Getting the focal plane perfect on a stationary subject is simple, but it might be difficult on a moving subject.

It is critical to photograph a portrait with strong eyes. You may either focus on an off-center focus point or focus on the central focus point and then recompose it as desired. When focusing on a bigger external display, it’s always better to look through the viewfinder rather than into the LCD display and then evaluate based on the acquired image.

Many people have reported that the image seems perfect on the LCD as soon as it is recorded, but when the photographs are downloaded to a computer, they look different. As an example, consider an image that is out of focus. However, you will only be able to see this once it has been moved. As a result, the best approach is to digitally zoom into the obtained image and then check for sharpness. If you are recording it indoors, it is advisable to transmit it to a computer as soon as it is caught.

Similarly, while taking a photograph, you should concentrate on the eyes. Some people even question, “Which eye?” – it’s the focal plane that you need to think about. As a result, any eye is acceptable as long as the two are on the same focus plane. Unless you wish to focus on something else, assume that you need to focus on your eyes. I concentrated on his left eye in the above image, while the other eye is not in the focal plane and so is not in focus.

How to focus and the settings

I tried capturing in both of the methods indicated above. Let me tell you how I got the other way. I focused on the subject, slammed the shutter halfway down or used the customized/programmed AE-L/AF-L button to lock the focus, and then moved the camera a little to recompose such that the subject was off-center.

The AE-L/AF-L button I described before is exclusive to Nikon cameras. Other cameras provide comparable possibilities for programming or customizing buttons. The focus button is something I want to keep distinct. These are controlled by a separate button on high-end cameras. You might also experiment with your camera’s various focus points and cross points. For example, the Nikon D610 has 39 focus points.

Highlight the details in the eye

In addition to capturing, editing is quite vital. In the video below, you’ll learn how to edit portraits to acquire sharp eyes and improve the appearance of portrait images.

The above images were captured during a candid wedding photography event of a Hindu brahmin wedding in south India. Hope you enjoyed reading this blog post. Buy me a coffee to support my work or you can go to my store to buy some of my images. Also, do not forget to join my FriendZone by signing up for my newsletter. Consider subscribing to my YouTube channel. 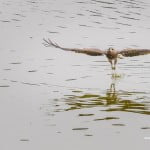 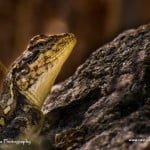 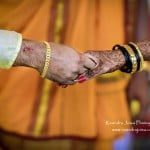 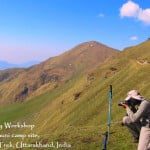