Galtaji or Galta Ji or Galta, Monkey Temple in Jaipur is an ancient Hindu pilgrimage. It is about 10 km away from Jaipur city center. The site consists of a series of temples built into a narrow crevice. Further, a natural spring emerges high on the hill and flows downward, filling a series of sacred kunds (water tanks) in which pilgrims bathe. There are visitors and pilgrims who can ascend the crevasse.

Why is Galtaji famous?

Galta was the earliest Vaishnava Ramanuja Peeth in northern India and grew to become one of the Ramanuja sect’s most prominent centers. A variety of pavilions with rounded roofs, carved pillars, and painted walls can be found at the temple. The complex is built around a natural spring and waterfalls, which form seven Holy Ponds.

In addition, continuing past the highest water pool to a hilltop Sun temple. The temple complex of Sita Ram is known as the Galta monkey temple Jaipur temple due to the large number of monkeys living around this temple.

#Jaipur is famous for its architectural excellence which is beautifully illustrated through the multitude of buildings and monuments there-many of them being famous tourist attractions. and one such place is the holy shrine of Galta… Click To Tweet

Which temple is known as the Monkey temple?

Where is the monkey temple in India? – When e speak about the Monkey temple Jaipur, there are many in India, Nepal, and other Asian countries. Galta Ji is a huge Hindu temple complex located 10 kilometers east of Jaipur. These temples are a major tourist attraction since they are home to a huge population of monkeys, which gave origin to the complex’s common moniker, the monkey temple. Who built Galta Galtaji Temple? – Diwan Rao Kriparam, an attendant in the court of Maharaja Sawai Jai Singh II, erected the Galta Ji Temple. The temple complex dates from the 18th century.

Charges were minimal, but the maintenance needs urgent improvement. Moreover, the entrance of the temple complex has numerous ancient paintings. Also, during our visit, all of a sudden few hundreds of monkeys were on the move towards the water tank. It certainly looked like a movie scene from the Planet of the Apes. These monkeys, along with the humans (the real monkeys) make this place dirty and require continuous maintenance and not one time. Also, the algae growth in the pond has turned the pool water green.

Other places to visit around include the Hawa Mahal Jaipur – Stupendous and unique architectural design, Jaipur Amer Fort – An Extraordinary Hilltop architectural marvel, and many more. On the way to the Galtaji temple, you may visit Sisodia Rani ka Bagh.

After that, on the way back to the city a visit to the Sisodia Rani ka Bagh is a must. It was built in the 17th century. Firstly, the place had some beautiful wall paintings of typical authentic Rajasthani style. Secondly, a double-storeyed palace occupies the top terrace of the garden. In addition, the palace has many galleries, pavilions, and beautiful murals depicting scenes from the life of Lord Krishna. The paintings are visible even on the outside at the entrance. This place remains the same as how it used to be in the earlier days except for the tar road.

Next, we go to the other side of Jaipur to visit Akshardham Temple Jaipur. One of the well-known tourist attractions of Jaipur. The temple is known for its beautiful architecture, magnificent idols, sculptures, and carvings. Also, it is dedicated to the Hindu God, Narayana. Above all, the Akshardham temple provides a real glimpse of Indian architecture, cultural heritage, and sculptures of Hindu gods to visitors. We spent the evening enjoying tea and snacks at the temple complex. The lighting at night is beautiful. Therefore, wait for the turn-on of lights.

It was dark and we decided to cover one last place for today. And, that was the temple building, all using white marble, the Birla Mandir Jaipur. There are four distinct parts of the mandir/ temple: its sanctum, tower, main hall, and entrance. It has three towers, referencing the three main faiths of India. As well as stained glass windows depicting traditional Hindu stories. Again, expect the crowd at the temple complex. The lighting around the temple is beautiful at night.

To conclude, in half a day you can cover the famous Galtaji Jaipur monkey temple, Sisodia Rani ka Bagh, Akshardham, and Birla Mandir. Consider joining my Friend Zone for more stories. Stay tuned as I will be covering more places in the coming days. Also, check the below video and consider SUBSCRIBING to my YouTube channel and click on the notification bell for more travel stories.

There are multiple hotels in Jaipur from budget hotels and hostels starting with a price tag of 600 rupees to the expensive ones that will cost you around 9000 rupees which is in close proximity to the Amber fort. There are hotels in this area with a view of the fort. Car rentals and bike rentals are available for a reasonable price and you may want to check at the hotel desk or they can take you around in Jaipur. 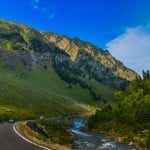 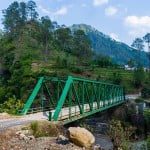 Trek to Nichnai with breathtaking views of Sonamarg – Day 2 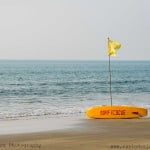