Kanji is a Himalayan village that is incredibly secluded. The settlement is roughly 12 kilometers from Haniskot, which is located on the NH1 Kargil-Leh route and is only accessible for four months of the year. Kanji is well-known for its harsh scenery and the perilous path between Haniskot and Kanji.

How to reach Kanji?

Kanji is 12 kilometers away, and the only route to getting there is through the settlement of Haniskot. Haniskot is located on National Highway One, which connects Kargil and Leh. Haniskot and Kanji are connected by a tar road. The road is part of India’s PGSY (Pradhan Mantri Gram Sadak Yojana). The location is close to Foto La (pass) and Lamayuru. The location is great for a long weekend trip from Leh or for people who wish to ride their bikes about.

The route begins with a sharp downhill, followed by a 10-degree gentle ascent all the way to Kanji. Even though significant rain is exceedingly unusual in this region, the roadways are narrow and prone to landslides. The roads follow a stream (which appeared to be more of a river) all the way to the settlement.

The majority of the population in this area are Buddhists, and there are three monasteries. There is only one food store and one Tea shop. There are 52 homes and a primary school in total. Despite the fact that this area is buried in thick snow for six to eight months of the year, agriculture is the major profession in this area. Fortunately, this location is now connected by an excellent road, which serves as a lifeline. Lovely folks to converse with, and the high school students like playing cricket.

There are numerous antique, traditionally constructed structures in the area. The Tibetan culture has had a strong effect on the community, as seen by the clothing. The community ensures that no political or religious pressures interfere with their way of life.

When I visited this location, I mostly saw seniors and young children playing cricket on the village road. The majority of the middle-aged males commute to adjacent towns such as Lamayuru during the week and return home on weekends or late at night.

I happened to visit this place during my National High Altitude Mountain Biking Expedition in Leh conducted by the Youth Hostel Association of India. This was an off-route visit. As we reached the campsite at Haniskot by lunchtime and had enough time to explore, we took our mountain bike to this beautiful little-known village of Kanji.

In this village, there may be fewer places to stay. You may have to camp in a tent or there may be a few houses stays available today. People are nice, so you may even ask for the locals. Another alternative is to stay in the Haniskot Government Guest House. Hotels in Lamayuru may be found if you walk farther, once you cross the Foto La TV tower and proceed all the way down. It is a little village that attracts travelers. Lamayuru is well-known for its lunar landscape and monasteries.

To summarise, this distant location Kanji is a must-see if you want to witness severe roads, a lonely community, and camping near to an agricultural area. There will be no telephone network, power, gas, or water supply. Water should not be an issue. There were government efforts underway to deliver power to this location, as well as an optical fiber project. This is an excellent location for anyone going by bike, vehicle, or campervan. Because many people are unaware of its existence, it does not receive a large number of visits. Watch the movie below to get a sense of my trip to this location, and don’t forget to subscribe to my channel. 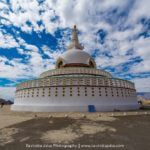