If you are planning a trip to Bhutan and want to go from Phuentsholing to Paro, you should read this blog post. Phuentsholing, the doorway to the world of thunder dragons, is frequently recognized as the residence of the Himalayan Kingdom’s kings and queens. Time flows slowly here, and the simplicity of the people compliments the peacefulness of nature. On the Himalayan foothills, this Bhutanese commercial hub is near the Indian town of Jaigaon. In Phuentsholing, there are a lot of places to visit where you can see the diversity of Bhutanese, Nepalese, and Indian cultures.

How to reach Phuentsholing Bhutan

If you are coming from India, you have two alternatives for traveling to Paro: through Phuentsholing or directly to Paro. It’s worth mentioning that, as of this writing, if you’re an Indian citizen, you don’t require a visa. All you want is proof of Indian citizenship. In addition, if you are not an Indian, you may choose to travel directly to Paro.

For starters, a flight from Mumbai to Paro is more expensive. If you are flying from Bangalore to Bhutan, the best option is to travel directly to Bagdogra, West Bengal. Although daily flights are available, I do not recommend going through Delhi. Second, after arriving in Bagdogra, take a shared cab to Phuentsholing. The travel will take between 4 and 5 hours. The India-Bhutan border crossing is open during the day but closes at 8:30 p.m. One of the hotels in Phuentsholing after crossing the border. Phuentsholing hotels are reasonably priced and plentiful, as this is the commerce center between the two nations.

I raced to the visa office the next morning which is in the town center. Even though Indians do not need a visa to enter Bhutan, we must obtain authorization and show various authentic documents, such as passports. Prepare a few photocopies and xerox copies. It will take a few hours for the approval to reach two locations. While others snacked, we proceeded to “Zangtopelri,” which I suppose is a temple. It should be noted that, according to current updates, Indian tourists are paid an admission fee, but it is significantly cheaper than in other nations.

Places To Visit In Phuentsholing

If you have a day or two to spare then consider visiting the following places.

We stashed our luggage and boarded a minibus bound for Paro from Phuentsholing. The entire explanation may be seen in the video below. Our permits were checked at a checkpoint along the highway. In appearance, the trail mimics the western ghats of southwest India. Greenery abounds, and Indian BRO keeps the road nice. The vast majority of them do not exceed 60 kilometers per hour. Furthermore, with a lunch break in between, it took us almost eight hours to arrive at Paro.

If you don’t want to waste time driving from Phuentsholing to Paro, which takes two days if you come from Bagdogra, try flying directly to Paro. Paro has an airport, which is regarded as a dangerous site to land since only a few highly qualified and talented pilots are permitted to fly here. These pilots are familiar with the terrain and can land safely by gliding in the valley. You can, however, spare a day to tour Paro and see the Dzong.

Paro town remains quiet after dark, most of the shops are still open and there are a few cozy places where you can hang out with your friends and explore shops where they sell antiques and artwork. On the next day, you might want to start exploring Paro with a hike to Tiger’s Nest, an incredible cultural monument. A visit to Tiger’s next will take the entire day, so it is better to start early.

In short, the day from Phuentsholing to Paro is more of travel. Read more on the top places to visit in Bhutan. Also, you might want to read more to know every hidden place, festival, local cafe, etc here in this book. Support my work by subscribing to my YouTube channel for more travel and photography videos. 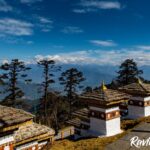 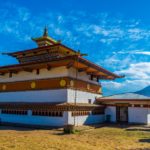 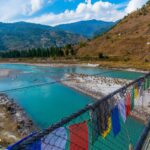 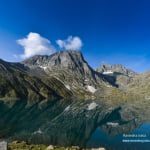