What is an underexposed image?

Underexposure occurs when there is insufficient light hitting the film strip or camera sensor. Photos that are underexposed are excessively dark, have little detail in the shadows, and seem muddy. A photograph that is too dark is underexposed. Details will be lost in the image’s shadows and darkest parts.

Why should I shoot in RAW?

When I initially utilised manual mode on a DSLR camera, many of my shots were underexposed (low light/dark image) or overexposed (more light/white image). Fortunately, I had recorded these photographs in RAW (.NEF in Nikon) format rather than JPEG. Before I go any further, what exactly is an underexposed image?

There is a distinction between taking photographs in RAW and JPEG formats. Even though it requires more memory, it is preferable to shoot photographs in RAW format. The reason for this is that photographs shot in RAW format may be modified (post-processed) in any way you desire using photo editing software like Lightroom or Photoshop, but JPEG files cannot (i mean not lossless, not without losing color information). RAW files include all of the information, whereas JPEG files are compressed versions of the same image. When an image is compressed, information or data is lost, and these image editors have no method of recovering the lost data in the picture.

How can I edit an underexposed photo?

If you take a picture in RAW format that is underexposed, you may quickly edit it in Photoshop and restore the shot by extracting the hidden information in the image. To restore an underexposed photograph, follow these steps:

These three techniques will assist you in restoring an underexposed photograph. The effects will be more evident and beneficial if you are editing a RAW underexposed image because it has all of the information required for modification. Editing an underexposed JPEG image may not yield satisfactory results due to the lack of colour information. When editing, consider both the image and the histogram. There is no set number to use when moving these sliders; it is determined by the image.

In the above image, it was season’s first snow fall at Tarsar Lake in Kashmir, India. It was all white and with my default camera setting it appeared overexposed. I had to play around with the aperture settings, to allow light to the sensor, to get an underexposed image.

How do you tell if a photo is underexposed or overexposed?

A photograph that is too dark is underexposed. Details will be lost in the image’s shadows and darkest parts. Overexposure occurs when a photograph is overexposed. Details will be lost in the image’s highlights and brightest areas. Most cameras nowadays offer a feature that allows the underexposed section of a picture to be highlighted with flashing lines in the camera’s live display on the rear. This is quite important since you can easily alter the settings or perspective to get better photos. Always try to capture the right image in camera rather than in post-production.

Hope you enjoyed reading this blog post and start practicing to capture photos and edit like a Professional Photographer. Buy me a coffee to support my work or you can go to my store to buy some of my images. Also, do not forget to join my FriendZone by signing up for my newsletter. Consider subscribing to my YouTube channel. 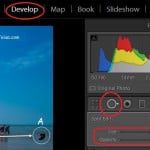 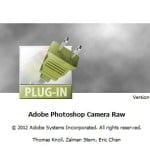 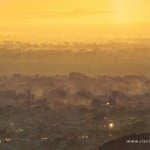