Day five of the Goa Trek organized by the Youth Hostels Association of India was, in my opinion, the most anticipated of all. We had covered more than 12 kilometers of the trek, including the very famous Dudhsagar waterfall, tunnels, crossing the bridge that goes right across the waterfalls, then the steep climb to the tip of the waterfall and swimming nearby, followed by a long walk all the way to Kuveshi, which is in Karnataka. On day five, we begin our walk in Goa at the Dudhsagar campground and finish in Karnataka at Kuveshi.

How can I go to Dudhsagar waterfall?

We walked for the Dudhsagar waterfalls after receiving stern instructions from our camp leader at Dudhsagar camp (related: how to approach Dudhsagar campground). But first, we had to cross a brook and then follow the jeep trail. We get our first view of the upper section of Dudhsagar waterfall on the approach, right before the main entrance to Dudhsagar. Continue walking until you reach the end of the jeep path. You may either climb to the overlook for a better view of the falls or continue the route to the waterfalls.

Can I swim at Dudhsagar waterfall Goa?

This is a well-kept tourist attraction. Cross the two iron bridges until you reach a vantage point from where you can see the entire cascade. Take a few photos and continue walking until you reach the foot of the waterfalls. This location may be a little congested. Swimming is permitted inside the designated safe zone area at this location. Wait a bit till you see the train crossing the bridge high above, and don’t forget to take the classic photo that you’ve seen on the internet. The place may remain closed at any time (usually during monsoon because of heavy rain and it’s dangerous to swim).

Crossing the bridge right across the waterfalls

Return to the spot at the viewpoint where there is a split to the left after spending some time at the Dudhsagar waterfalls. The following 30 minutes of the route are filled with thorns and palm palms, with a sharp ascent to the railway track. Continue walking to the left until you reach the tunnel. You may need a torch because it is very dark and a snake-infested area, however, I did not spot any.

Trains travel through the tunnel typically every 20 minutes, so move swiftly through it. Some individuals may feel suffocated within the tunnel, and there isn’t much room to stand on the sides while the train passes. The first tunnel, number 12, is around 90 meters long, while the second tunnel, number 13, is 45 meters long, with a sinkhole appearing between the two tunnels.

We were back in Dudhsagar, but at a different elevation, somewhere in the middle where the railway runs, shortly after passing through the second tunnel. The view from here is quite spectacular. The deep, dense rain forest that we’ve been exploring for many days is on the left, and the tallest half of the waterfalls is to the right. The waterfall’s base is to the left, and it is considerably lower than what we had walked earlier in the morning.

There is little camping space near the bridge, and this camping location is generally closed, so you may be out of luck if you want to stay near the Dudhsagar waterfalls. Check with the local forest service for permission before camping, since the region is periodically prohibited.

The waterfalls were dry when we came during the Christmas holidays. This area has been abandoned, and you may see the ruins as well as the badly maintained vistas and steps leading under the bridge. Most sections have red flags because this region is extremely dangerous, and no one should attempt to enter the water near the railway track. There were nearly 100 fatalities reported.

Continue walking down the track until you reach Tunnel 14, which is a curving 110-meter-long tunnel. An ancient abandoned railway post with accommodations may be found at the other end of the tunnel. Enter this area and escape from the other side as we continue to climb upward through the forest above the tunnel to reach the waterfall’s peak/mouth. Continue for another hour or so. As you travel up the route, you receive a mobile signal in between.

As we neared the summit, we were denied access to the waterfall’s mouth for unknown reasons, and we were fortunate to come across a hawker selling chilly beverages and bananas at three times the typical price. We didn’t mind paying because it was much needed after a long uphill journey.

We continued further for a while till we reached the stream where we took a long break. We hWe carried on for a bit until we arrived at the creek, where we had a long break. We had a lot of fun in the water and ate our lunch near to the stream. We kept walking for another hour into the Karnataka jungle till we arrived at the Kuveshi camp, the highest point of our entire hike.

You may see a few human villages and paddy fields here. We set a tent in one of these paddy fields. This campground is connected via a jeep trail. We arrived early and spent the night at the campground. On the next day, we go from Kuveshi to Anmod via Castlerock.

What is the cost of Dudhsagar waterfall?

What is the best time to visit dudhsagar?

During the monsoon, you will behold nature’s ultimate splendor. So, from July to October, or during and after the monsoon, is the best time to see this waterfall. Can we take bath in Dudhsagar Falls? – The above pictures are from the end of December and the water level is low, ideal if you want to swim at the base of the waterfall.

So, Is Dudhsagar waterfall worth visiting? – The ‘Dudhsagar Falls’ is worth seeing, especially during the rainy season. It has its own unique beauty. Check the complete details of 10 days Goa trekking expedition. Hope you enjoyed reading this blog post. Buy me a coffee to support my work or you can go to my store to buy some of my images. Also, do not forget to join my FriendZone by signing up for my newsletter. Consider subscribing to my YouTube channel. 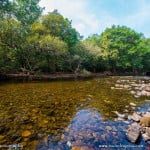 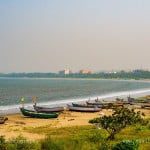