Ramanagara is well-known for silk farming and is one of Asia’s major silk exporters. As a result, it is also known as ‘Silk City.’ Although the Handi Gundi hill has not been investigated and there is no evidence that it was dominated by the rulers, there is an intriguing legend about how the hill earned its name.

The myth says that a pig was grazing when it went up the hill and tumbled over the top without realizing it had reached the brink. A couple of other pigs followed this one, and they all fell as well. Handi means “Pig” in Kannada, while Gundi means “Fallen” off the cliff’s edge.

Where is Handi Gundi Located?

There is a small town named Ramanagar, on the Bangalore Mysore highway, and is around 60 km from Bangalore. Handi Gundi is about 6 km before Ramnagar to the left. To reach this village you need to cross the railway track and go one km further. Wear proper shoes as there are reptiles that are poisonous and are not easily visible under low light.

The roadway that connects Bangalore and Mysore, as well as a lot of rail traffic. By the way, during my last visit, no permission was necessary, but today the site firmly demands a forest license to go on a trek to this place, and it is a criminal offense. So, seek the necessary authorization, and keep in mind that a night walk may not always be permitted. So, verify with the residents or the forest service. There is already a checkpoint with a signboard where the hiking path begins.

We stopped our car near the pupil tree where there is a temple. This is the starting point to climb all the way up. We reached this place late at night and the entire village had gone to sleep. To reach the base of the peak, we had to cross the village and there were just too many street dogs enough for the villagers to wake up. The villagers are mainly farmers and go to sleep much earlier by 8 or 9 PM. We just continued walking and there is another historic temple after which the hard unknown trail starts. There is no trail as such and we lost our way.

Lucky it was a full moon and we had our GPS and torch ready. After trying here and there we made our own way through the nearby smaller hill. The total trek is for about an hour or 90 minutes. There is enough space on top for trekkers to sleep under the open sky. There is no source of water. The night view and early morning view from the peak are worth climbing.

At night it’s the Ramanagar city view or the street light view and in the morning it’s the mist – fog-covered nearby peaks. We spent a lot of time till late in the evening capturing photos and experimenting with light painting and low light photography. Don’t forget to take mosquito repellent else you might keep yourself awake the whole night even if you are in a sleeping bag. The finest part about a night walk to Handi Gundi is that you get to see the top perspective of the city at night from afar.

The next day morning, the 360-degree panoramic view of this place is mesmerizing. The nearby peak that pop-up above the fog-covered ground is truly a wonderful experience to witness. The place is known for leopards and there was death reported just a week after our visit in the same place. Check out the video below which will explain more. This is a nice weekend hangout place to kill time.

Handi Gundi provides a panoramic view of the surrounding hills from the summit, including the Ramadevara Betta, Uttari Betta, and many more unknown ones Betta means hill in Kannada and these hills are an ideal weekend getaway from Bangalore if you are planning to trek near Ramnagar. Depending on the time of year, the trip follows a mostly stony terrain with some muddy stretches and passes through moderate to dense vegetation. As our hike was late at night, we had to wait till sunrise to witness the beautiful landscape.

Hope you enjoyed reading this blog post. Buy me a coffee to support my work or you can go to my store to buy some of my images. Also, do not forget to join my FriendZone by signing up for my newsletter. Consider subscribing to my YouTube channel. 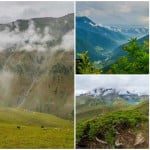 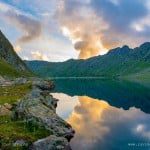 A day at Tarsar Lake 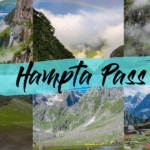 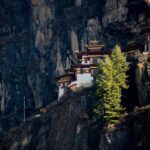